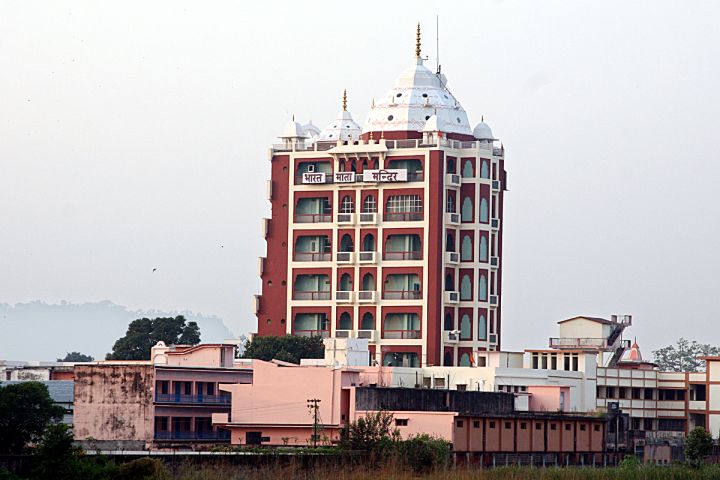 Do you want to know about a temple which has a huge map of undivided India carved in its marble miraculously? Yes, folks! I am talking about Bharat Mata Mandir, which is completely dedicated to our motherland. This temple is located in Varanasi, India. Let’s know about it in deep:

Construction of Bharat Mata Mandir had begun in 1918 and completed in 1924 by the freedom fighter Babu Shiv Prasad Gupta at the time of pre-independence India and was inaugurated by Mahatma Gandhi on 25 Oct 1936. The Gupta Family still takes care of the temple. It is located on the Mahatma Gandhi Kashi Vidhyapith Campus in Varanasi.

This temple is not a newly constructed shrine in Varanasi, which is a favorite place of religious pilgrims. The temple is considered unique in terms of displaying the map of undivided India on its marble. Famous Hindi poet Maithili Sharan Gupt composed a poem on the inauguration of the temple which is also put up on a board in the building. Bharat Mata Mandir history states that the structure of the Mandir is entirely built by using stone. Bharat Mata Mandir Varanasi does not have a statue of God or Goddess, but it has a statue or we can say a map of Mother India which is made up of marble and look like a model which symbolizes entire India (Undivided India). The statue has a nonpareil design which indicate for all the divinity, freedom fighters and leaders.

The temple’s history also enunciates that map has a full detail of 450 mountain ranges and peaks, water bodies, rivers, oceans, vast plains. It also shows the depth of geographical entities.

The water bodies illustrate in the map are filled with water and the land areas are decorated with flowers.

Bharat Mata Mandir was constructed under the guidance of Durga Prasad Khatri. Also, it bears the name of 30 workers and 25 artisans who were engaged in the construction of the temple. Their names are mentioned on the badge in one corner of the building.

One can visit in any season of the year.

How to reach Bharat Mata Mandir?

Yes, there’s no God or Goddesses are worshipped here, but visiting this temple is a unique experience in itself. So, when will you visit here? Plan your trip and enjoy visiting this peculiar spot with your family.