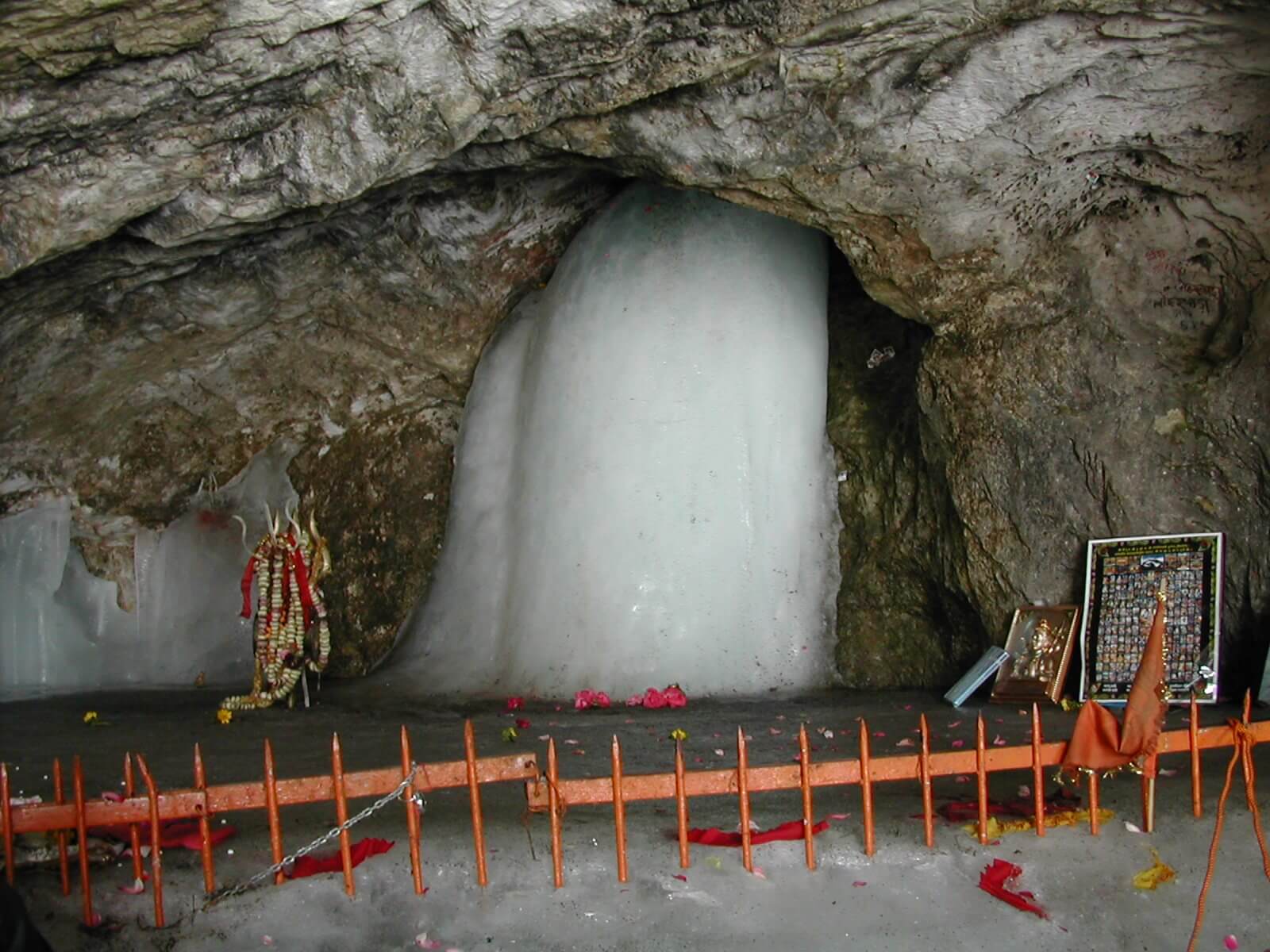 What if you get a chance to know about your deity beside having a memorable time there? There would nothing be better than that, right? Amarnath Mandir provides exactly the same experience to all pilgrims & devotees. Being situated in Jammu and Kashmir Amarnath Temple is quite famous for its historical importance, Lord Shiva’s abode and as famous pilgrim spot. But devotees can’t visit the temple in the whole year, then what’s the time period to visit and all other aspects of this temple, have a look:

Amarnath Temple is considered as one of Hindus most sacred places. The name ‘Amarnath’ itself bespeaks about its sacredness, wherein ‘Amar’ stands for immortal and ‘Nath’ means Lord.
As per the mythological stories, Lord Shiva disclosed here immortality secrets (Amar Katha) to Mother Parvati. This secluded place was perfect to unveil the secrets encasing nobody else to hear those secrets. However, a pigeon’s egg was lying inside Lord Shiva’s deerskin mat and witnessed that event. Two pigeons took birth from the egg and attained immortality. The pilgrims still spot them on Amarnath Yatra.

Amarnath Temple history is quite deep. This is Lord Shiva’s one of holy abodes on earth. There are several legends associated with Amarnath Temple Kashmir. As per one story, Sage Kashyap drowned away the lake covering the Kashmir valley. Amarnath cave became visible after the revelation of the region. It was Bhrigu Rishi who spotted sacred lingam and Amarnath Cave.
One other legend is associated with Buta Malik a shepherd (Gujjar), who discovered it one & a half centuries ago. When he entered the cave along with flock, one sage handed over him a coal bag and after reaching home, those coals turned into gold coins. But when he revisited the place, he couldn’t find sage instead spotted an ice lingam, which is worshipped there.
The holiness of this place and significant history captivates the pilgrims who feel blessedness after visiting this pious place.
Amarnath Temple Timings
The temple remains open from 6:00 AM to 6:00 PM. But to take entry in the temple, one needs to reach before 3 PM at Panchkarni, otherwise, they need to stay in Panchkarni overnight and visit the temple the next morning. So, remember visiting this temple before 3 PM.

Pilgrims can visit Amarnath Temple for four months from May to August. During this time, the ice gets melted down and central ice deity starts waxing & waning corresponding to the moon’s waxing & waning. So, these four months are opened for devotees to come here.
There are two possible Amarnath Yatra routes that pilgrims can choose that begin from Pahalgam or Srinagar. The route via Baltal to Sangam (covering Domial and Barari areas) is shorter (14 km) than another one, but its sharply angled, so makes it difficult to climb. However, it takes 1-2 days for a round trip on the whole.
The second option for Amarnath Temple Yatra is via Pahalgam which is the longest route of 36-48 km and take 3-5 days for one way. Mostly, this route is preferred by devotees as it’s not steep & dangerous.
However, from April 27, 2018, helicopter service has also been initialized. So, one can book advance tickets online and do Amarnath Yatra by air.

One needs to get a Yatra permit for Amarnath Yatra, which is issued on the basis of first come first serve. Even pilgrims can get registered at Punjab National Bank branches, Yes Bank, Jammu and Kashmir Bank, and Union Territories.
Plan your visit to this most sacred place, Amarnath Mandir.