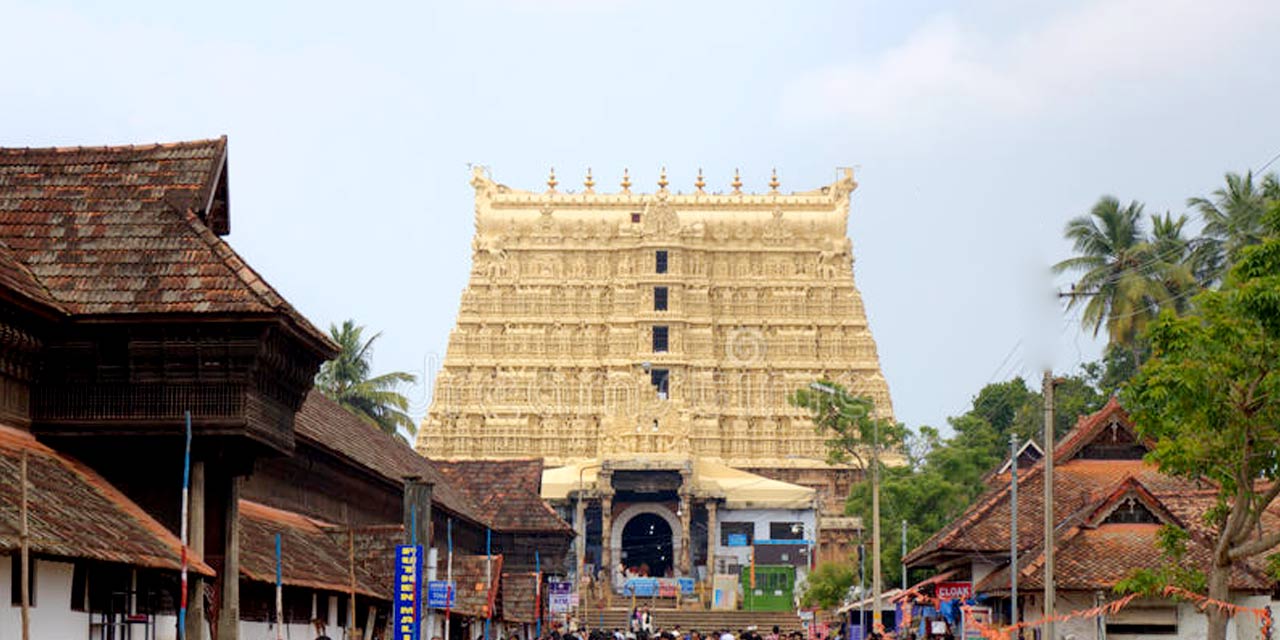 The most ancient temple with mythological significance, Sri Padmanabhaswamy Temple, Thiruvananthapuram, Kerala is most prevalent in the whole world for its history, architecture, mysteries and of course for religious terms. It is one among all the 108 Divya Desams, dedicated exclusively to Lord Vishnu. The drifters and devotees are required to follow each of this temple’s rules strictly. Only Hindu devotees are welcomed here. Padmanabhaswamy Temple encases oodles to easily shake your sense. Let’s have a bright view of this temple’s mysteries:

This ancient temple has got a mention in various Puranas (holy texts), viz. Brahma Purana, Skanda Purana and Padma Purana etc. As per the famous legend associated with this temple, Divakar Muni, passionate for Lord Vishnu and performed even deep tapas for the deity, had sanctified this temple. While meditating, a charming kid came to his notice and he requested him to always stay with sage. The child nodded by putting a condition of treating the kid always with respect and love. And, if the sage failed to do it then the kid will automatically get disappeared. Divakar Muni agreed to that. One day, while he was meditating, the child mishandles salagram, being used in the worship of Lord Vishnu. The celibate shouts at that child and as decided earlier the child ran away from the place by directing him that Muni can find him in Ananthankaadu if he wishes to watch the kid. Now it was quite clear to the hermit that he was not an ordinary child. As a result, he started finding him without caring for food, sleep and rest. Then finally, he spotted him, and he disappeared into one tree. When Muni got closer to that, the tree fell down and turned into Shree Maha Vishnu form. Divakar Muni was enabled to get a clear sight of enlarged Lord Vishnu and requested Him to condense Himself. Then Lord shrank Himself to three times length of Yoga Dand of Sage.

Originally, it was constructed in 6th century A.D. and then after 10 centuries, Kings of Travancore beautified it. This temple is replicate of popular temple Sri Adikesavaperumal Temple, Thiruvattar.

Well, tell me, how much gold have you actually seen in your lifetime? I am quite sure; Padmanabhaswamy Temple treasure will leave you awestruck. The immeasurable and uncountable treasure trove has been stored in six secret vaults which are actually six big hall rooms’ titles as A to F. A, and B vaults have been cursed, so, that have not been opened yet. However, from C to F vaults have unbelievable proportions.

The list encasing Padmanabhaswamy Temple gold doesn’t just end. To save it from clutches of corruption, the Supreme Court has ordered an inventory of it.

Secret vaults A and B are inaccessible by a common man. However, the committee was successful in opening Vault A by using human technology. Vault B or Chamber B is still Padmanabhaswamy Temple mystery which none has unfolded till now.

This is the one that has veiled Padmanabhaswamy Temple secrets within it. This vault didn’t get open by anyone and none has any surmise about everything that lies behind the gates. It is generally assumed that this chamber contains solid gold walls, valuables of mystic origins, Sri Padmanabha idol and undiscovered treasure.

It has three gates. The very first have metal grills, the second one is a wooden door and the third one is an iron door which is inaccessible and slammed shut. This can’t be opened at all. There is inscribed in the history that if anyone tries to open this secret door that calamity will unleash in the city and even the whole India may go through unspeakable horrors.

These are the whole day timings of this temple.

It can be reached by adopting any of transportation modes. From Trivandrum’s main market, it’s located at about 2km distance. Here, you can get auto-rickshaws and reach this sacred place easily.

No photography is allowed inside the temple premises. The glory and divinity of this temple are just out of the world. Each visitor attains eternal bliss and unending happiness after watching the Lord Vishnu’s idol. Visit here and fulfill all your moral desires by grasping the endless joy.