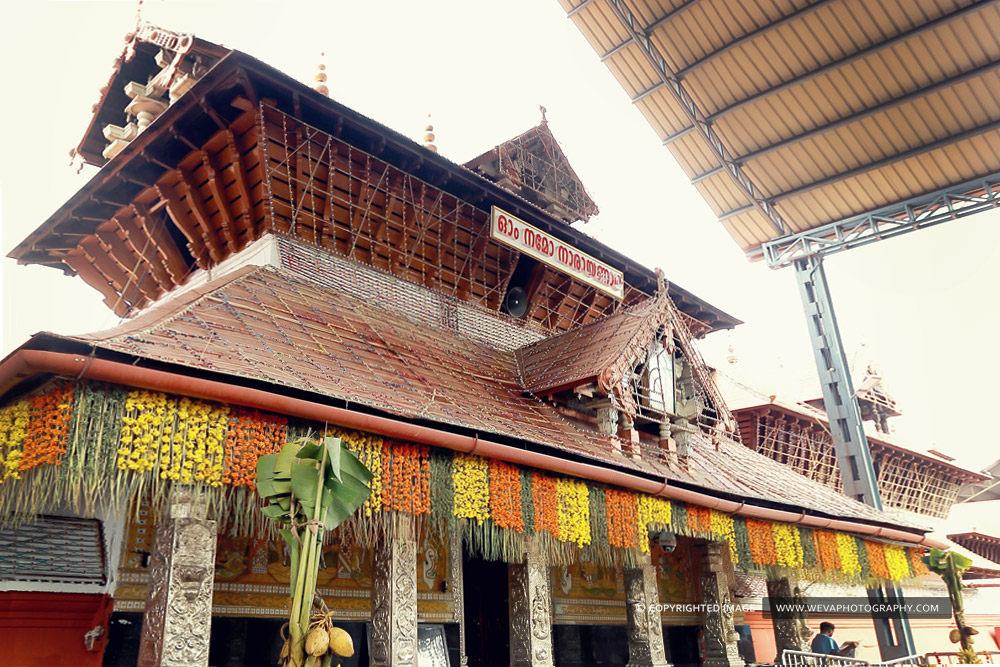 South India houses innumerable magnificent temples. Drifters and devotees from all over the world arrive here to know about their history and of course to get eternal blessedness. Amidst those, Guruvayur Temple is no exception. This temple is dedicated to Lord Krishna and has been located in Kerala’s district Thrissur. The temple’s architecture perfectly represents its history. This is also enunciated as ‘Dwarka of the South’ as it completely revolves around Sri Krishna’s lifetime. Lay your attention on all of its aspects explained here:

The legend is associated with the idol of Guruvayur Temple, which is actually the sobriquet of Guruvayoorappan another name of Lord Vishnu in the form of Lord Krishna. It is said that the idol which was made of Pathalanjana Sila, was handed over to Lord Brahma by Lord Vishnu. Sri Krishna’s parents Devaki and Vasudeva worshipped it, installed in Dwaraka and the Krishna also worshipped it.

Then Lord Krishna handed it over to disciple Uddava when Krishna was about to give up his body. Uddava was instructed to give the idol to the Guru of Devas, Brihaspati, for its installation at a deserved place for further worship in Kalyuga. After getting the idol, Brihaspati and his disciple Vayu searched for a suitable place. Then they met Parasuram who directed them to most alluring lush green spot. At that spot, Shiva and Parvati were contemplating and after knowing about the idol, they permitted them to install it there. This is the place which is prevalent as Guruvayur.

This was about the legend associated with Guruvayur Temple history. However, in actual terms, it was found to build in the 14th and 16th century. It became prevalent in 1638 AD when central shine was constructed. In 1716, Dutch set the temple to fire and after that, it was rebuilt. Then in 1780, the temple got the grants from Hyder Ali. However, in 1789 it was again set to fire by Tipu Sultan. So, this temple was destroyed and rebuilt for a number of times. The present shrine is the real true discovery which was constructed in 1970 and since then innumerable devotees arrive here every day to get blessedness of Lord Vishnu.

As per the belief, Lord Krishna’s this idol is about 5000 years old, which forgives all the lifetime sins and give salvation for a happy life ahead. From far off places, people reach here to fulfill their desires. However, Guruvayur Temple Darshan online booking is not currently available. But yes, if you want to get VIP Darshan, then by paying Rs. 5000, you will get permission. Recently, one amendment was made according to which, if one can’t stand in elongate queues and want to get ‘Special Darshan’ then by remitting Rs. 1000, he/she can do so.

The temple follows a strict dress code and everyone entering it, needs to stringently abide by the rules. For men, the dress code is Mundu tied to the waist and boys can wear shorts. But no one is supposed to wear any clothing material on the upper body, still, if they want to wear then they can wear Veshti. Earlier, women were supposed to wear Saris only, however, now Salwar Kameez is also allowed.

These are Guruvayur Temple timings for all days of the week and weekends.

How to reach Guruvayur Temple Thulabharam?

Guruvayur Temple Thulabharam can be reached by any mode:

The rail routes are well connected to Thrissur and have main lines in Madras-Mangalore. You will reach Kuttippram station from where buses can be taken to reach.

Road facility is quite well here. You can easily get buses to reach this temple. Moreover, roads are fine and you can hire a cab as well, if not comfortable on the bus ride.

Two airports are near to Guruvyur Temple. You can either come via 100km away Calicut airport or 80km away Kochi International airport.

Recently the flood in Kerala has put everything at stake subsuming the holy spots like Suchindram Temple, Sabarimala Temple, and many other sacred places. In Guruvayur Temple flood has affected on the marriage schedules which were slated to solemnize in Chingam month, the most auspicious one. They were then re-scheduled because of the flood. If you get intrigued and want to explore more about it, then plan a visit to this soul-soothing place soon.